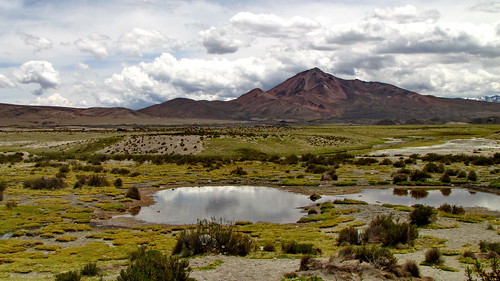 Arica was founded in 1541 under the name of Villa San Marcos de Arica. It is characterized by its temperate and warm climate, for which is it known as 'The City of Eternal Spring' and also for being a great necropolis where the oldest intentionally prepared mummies 'the Chinchorro mummies' are the main cultural attraction of local prehistory.

The city is privileged by incredible contrasts among its warm and extensive beaches, fertile valleys, and vast Altiplano with wide plains sheltered by the white peaks of the Andes Mountains. In this context, Arica possesses countless cultural attractions and heritage sites, like the San Miguel de Azapa Museum, where 10,000 years of human life in the desert are exhibited; the Colón 10 Site Museum in downtown Arica, where more than 30 Chinchorro mummies are displayed in situ; and the Museo del Mar where more than 7,000 species of seashells from all over the world are exhibited. Finally, its natural attractions include the Lauca National Park in the Altiplano, at over 5,000 masl, a truly must-see destination.

Arica possesses a population of approximately 200,000 inhabitants and is a cosmopolitan city due to its geographic location near Peru and Bolivia; therefore, it is also known as Chiles Northern Door. Today, in its streets, this diversity is palpable in its shops, gastronomy, music, and crafts.

During the year, Arica reaches a minimum of 13°C and a maximum of 31.5°C in the shade, however, during October we are in full spring with pleasant temperatures that fluctuate between 21 to 24ºC.